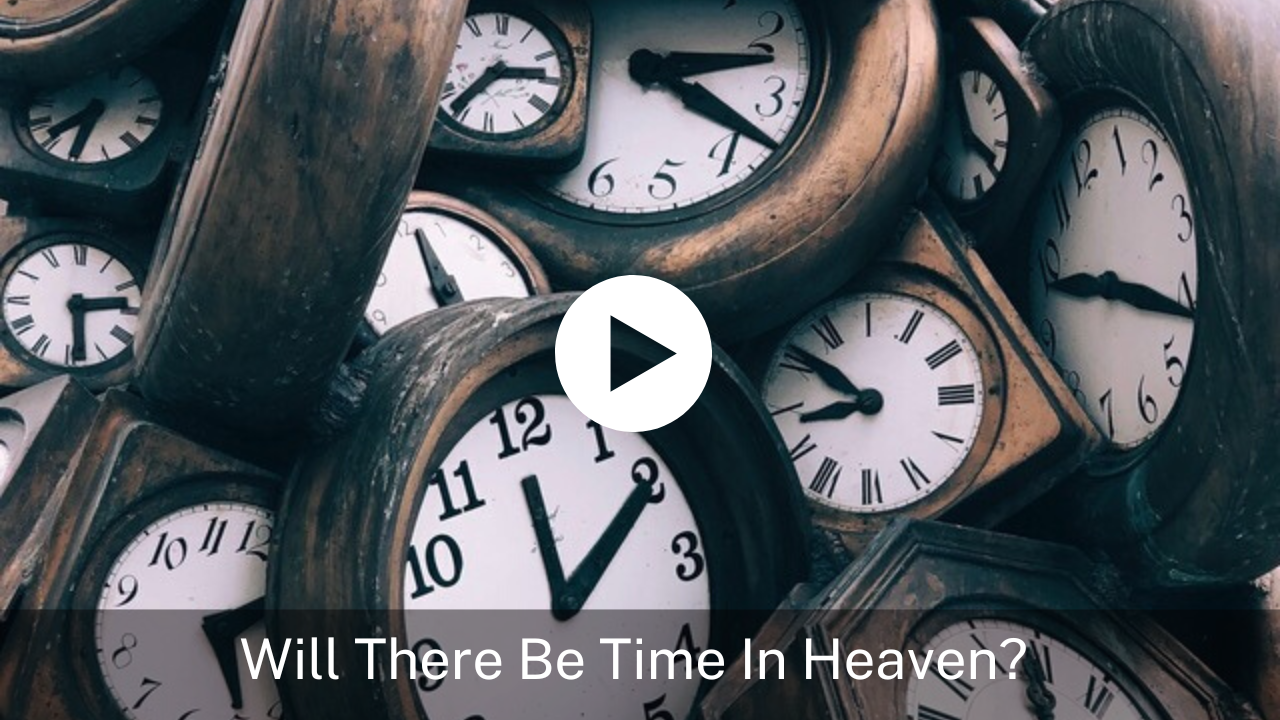 There is a misconception that time is done away with once we are in heaven. Because God exists outside of the time domain, it’s assumed that we will as well. Is that the case?

The Bible indicates there will be the passing of time for those in heaven. However…the  burden of time will no longer exist. The pressure we now feel will be removed.

This first verse is referring to some of the martyrs that came out of the Tribulation period, and were now in heaven.

Revelation 6:10-11 says, “They called out in a loud voice, “How long, Sovereign Lord, holy and true, until you judge the inhabitants of the earth and avenge our blood?” Then each of them was given a white robe, and they were told to wait a little longer, until the full number of their fellow servants, their brothers and sisters, were killed just as they had been.”  They asked, how long, and they were told to wait. This of course indicates the passage of time.

Revelation 22:2, “On each side of the river (in heaven) stood the tree of life, bearing twelve crops of fruit, yielding its fruit every month.” Notice there are months in heaven.

Isaiah 66: 22-23, “As the new heavens and the new earth that I make will endure before me, declares the Lord, so will your name and descendants endure. From one New Moon to another and from one Sabbath to another.” Sabbaths and new moons indicate weeks and months.

Genesis 8:22, “As long as the earth endures, seedtime and harvest, cold and heat summer and winter, day and night will never cease.”

Scripture also says in at least three places that the earth abideth forever (Psalms 104:5; Ecclesiastes 1:4; Psalms 78:69). This indicates that day and night will never cease.

Other verses regarding time in heaven are:

Revelation 8:1  “When he opened the seventh seal, there was silence in heaven for about half an hour.” That is a very specific period of time.

Revelation 5:9-12, “And they sang a new song.” They are Singing in heaven. Singing involves a beat, which is timing.

Some say time is an enemy, and a result of the fall of man in the Garden. Not so. Time existed before the fall. God created the earth before there was sin. He established evening and morning were the first day, then the second day, and so on for six days.

There is also the period of time coming on the earth after the Tribulation. It’s called the millennium. It is a thousand year period of time that was determined by God. This is when Christ will reign on the earth (Revelation 20:3). It will be precisely 1,000 years.

We also know that time exists for those in hell. Revelation 14:10-11 state that their torment is forever and ever, and they have no rest, day nor night. There are additional verses that state the same.

There is also a Bible verse that people often misinterpret.

Revelation 10:6 says, “There should be time no longer.” This doesn’t mean that time no longer exists. The wording in the KJV is incorrect, as other translations of the Bible make it clear.

The NKJV says, “There should be delay no longer.”

The New Living Translation says, “There will be no more delay.”

Here are two Commentaries views on this verse:

Believer’s Bible Commentary page 2367 reads, “That there shall be delay no longer.”

Nelson’s Bible Commentary page 1748 says, “When the mystery of God should be finished. It means no more delay in the unfolding of events that lead to Christ’s return.”

On earth, we are all burdened with the pressure of not having enough time. It is like a weight on our shoulders. In heaven, there will be no shortage of time since we will be living in eternity. The negative aspects of time will no longer exist. We are redeemed from its pressure and burden. Time will be a commodity that we will never exhaust.