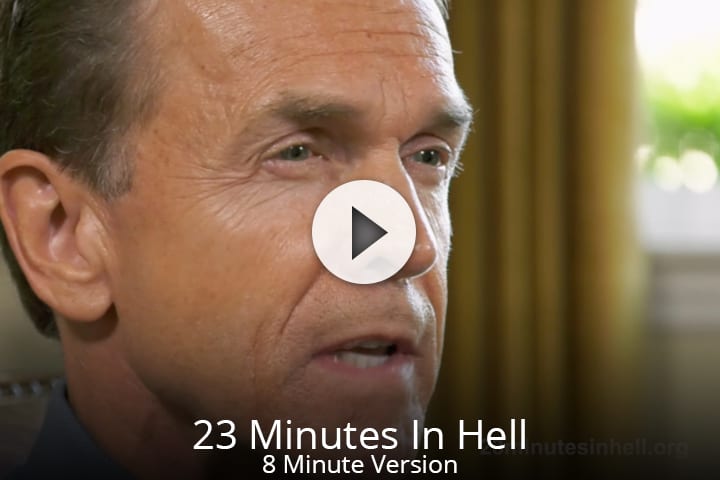 On November 23rd, 1998 I had an experience that truly changed my life. This was not a near death experience. This was an out-of-body experience that would be classified as a vision in the Bible. In 2 Corinthians 12:2, when Paul was called up into heaven in a vision, he said whether in the body or out of the body, he didn’t know. Well, the Lord showed me that I left my body.

My wife and I attended a prayer meeting every Sunday night. We came home from this prayer meeting and went to bed like any other normal night. I had never studied the topic of hell at this point. I have never gone to dark movies. I don’t consume alcohol. I’ve never taken drugs, and I’ve never had a vision before.

I Was Pulled Out Of My Body

I got up at 3:00 a.m. in the morning just to get a glass of water and suddenly I was pulled out of my body, like being drawn up out of your body. I found myself falling through the air down this long tunnel. It was getting hotter and hotter. I landed on a stone floor in an actual filthy, stinking, dirty prison cell with rough, hewn, stone walls and bars, but like a dungeon. I wondered, “How did I get here? Why am I here?” I was fully awake and cognizant. I looked up and I saw these two enormous beasts in the cell. These demons were reptile-like in appearance. One had bumps and scales all over its body, a huge jaw, sunken in eyes and claws about a foot long. They were pacing in this cell like a vicious caged animal. They had the most ferocious demeanor about them. They had an extreme hatred for God. They were blaspheming and cursing God. 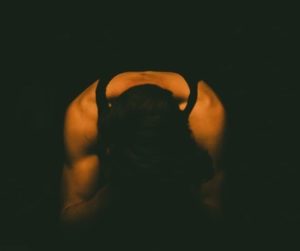 Then they directed this hatred towards me. The one picked me up and threw me into the wall of this prison cell. I hit the wall and I felt like bones had broken. Even though a spirit doesn’t have bones, it felt that way. I collapsed on the floor and I wondered, “How could I be alive through this?” The other demon picked me up, dug his claws in my flesh and tore the flesh open. I couldn’t believe I was surviving this. ”How could I be alive through this?” I noticed I had a body. Remember in Luke 16, the man wanted a drop of water to cool his tongue. He had a mouth to speak. This body withstands the torments but I noticed there was no blood or water coming from the wounds. Leviticus 17:11 says, “The life of the flesh is in the blood.” Well, there’s no life in hell so there’s no blood. There’s not one drop of water in hell.

The Demons In Hell Tormented Me

These demons have no mercy over you whatsoever. They have an extreme hatred for you. About this time it went dark. I believe God’s presence was initially there to illuminate it so I could see, but then He withdrew His light and it resumed its normal state of absolute pitch black darkness. You could not see the hand in front of your face. I was taken out of this prison cell. I was placed over next to this large, raging pit of fire that was actually about a mile across, with flames raging high up into this open cavern. This is where I could first see people. There were thousands of people inside this pit, screaming and burning. It was so horrendous to see a person on fire. They just looked like skeletons. The screams were so loud and deafening, you want to get away from the screams but you can’t.

I understood I was down deep in the earth. I descended to get there and I ascended when I left. I understood there were different levels of torment and degrees of punishment, but there is no tolerable, comfortable level in hell. Any area is far worse than you can imagine. I wanted to talk to a person, but you’re kept isolated and alone for all eternity. You never, ever get to be with people. You are kept by yourself for all eternity.

I thought about my wife up on the earth and I understood that I would never get to say goodbye to her. You don’t realize how tormenting of a thought that is; knowing that I would I never get to be with my wife, enjoy her or hold her. To not have any finality with your loved ones is extremely tormenting. Knowing that for all eternity she’d never know that I still existed down deep in the earth. Death does not mean cease to exist. Death means separation from God. You still exist. I just missed her so much. I wanted to be with her so much.

The Fear In Hell Is Indescribable

The stench in hell is so foul and putrid, like the worst open sewer you can imagine. The demons themselves have a disgusting foul odor to them, and the smell of burning sulfur is everywhere. You have to fight for even the tiniest bit of oxygen. You’re completely exhausted and you never, ever get to go to sleep. You’re thirsty and hungry but you never get to eat. Remember the rich man in Luke 16 wanted one drop of water to cool his tongue. You never get that drop of water. The fear level that you experience in hell is so far beyond anything you can imagine, and I know something about fear. I was attacked by a 10-foot tiger shark and pulled down under the water many years ago. The fear that I felt at that moment paled in comparison to what you feel in hell.

I saw snakes and maggots crawling all over everything. There were demons that were only two and three feet tall. Some were larger, twisted, deformed and grotesque. When I was looking at all of this horror, something began lifting me up this dark tunnel. Suddenly, this bright light appeared. I knew immediately who it was and I just called out His name. I said, “Jesus.” He said, “I am.” When He said that, I passed out. I don’t know if I died, but He touched me, and when I came to, I was at His feet. I realized that if He hadn’t gone to the cross, I would be in that place for all eternity. I was so grateful for the cross. I just wanted to thank Him over and over and over. I didn’t want to ask Him any questions, but thoughts started coming to my mind, and He would answer my thoughts.

The second was the sense of hopelessness I felt. You see, God had blocked it from my mind that I was a Christian. He hid that fact from me. Many scriptures in the Bible point that out, but He hid it from me for this reason. You see, if I was there as a Christian (which I was but I didn’t realize it), I would have known He’s getting me out of here. Praise God! As an unsaved person, He wanted me to experience what they feel: hopelessness. You don’t know what it’s like to be absolutely hopeless. For all eternity, you understand you’re never, ever going to get out of this place. There’s not going to be anybody to come and rescue you. You’ll never get out. That’s the worst part of hell. Understanding you’re never going to get out.

The most important aspect of this vision that Jesus shared with me was a piece of His heart. He allowed me to feel a little bit of what He feels; the anguish He feels for a soul going into hell, and the great love He has for people. It was so overwhelming I couldn’t even bear to feel even a piece of it. Ephesians 3:19 says, “His love passes knowledge.” The reason hell is so horrible is because it’s a place absent from God’s goodness, and His attributes,

All Good Comes From God

James 1:17 states that all good comes from God. He withdrew His goodness because it was prepared for the devil and his angels, not for man. If man rejects Jesus, there is no other place for him to go. Please hear me. You do not want to experience hell for even one minute, much less than an eternity. 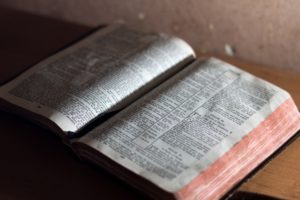 One second after you die, it’ll be too late. You will not get a second chance. Because God loves us, He gives us a free will to choose. It doesn’t matter if you believe my experience. What does matter is that you check out what the Word of God has to say about hell, and avoid it just the same.

Please investigate the scriptures for yourself so you can find the truth and avoid this place at all costs.

For more study on the topic of hell, and Bill’s personal experience watch: