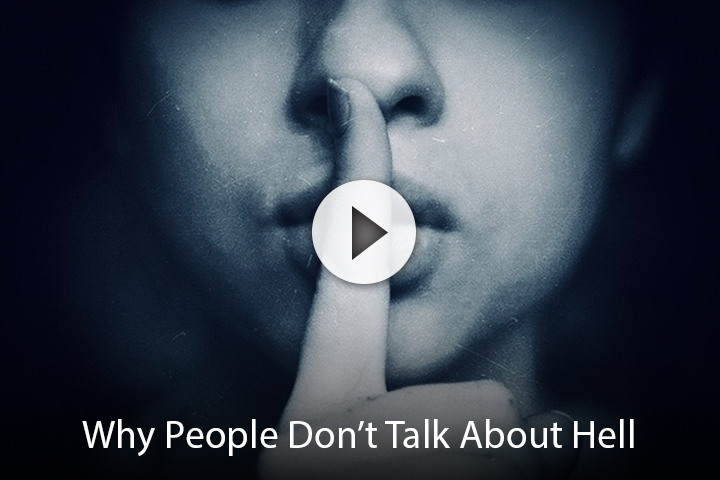 Why People Don’t Talk About Hell

A lot of people just don’t want to talk about hell.  Many of them think hell is just a joke. They say it’s a scare tactic invented to keep people afraid, tied to religion, and it’s used to reinforce ethical behavior. Others claim it is an outdated belief of ancient Christian creeds, or nothing more than a fairy tale promoted by Hollywood movies. Some even believe hell is right here on earth.

There are even Christians who reject this fiery place of eternal torment because they say that their god is a god of love. The truth is that the idea of hell, judgment, and a place of eternal suffering is rejected by people because it offends them. They don’t want to talk about it because it makes them uncomfortable.

But what does the Bible say about hell? Jesus spoke about hell and destruction in 46 verses. In Matthew 7:13, Jesus said many are going there.  Jesus said to fear God who is able to destroy both soul and body in hell. He mentions being cast into the fire, weeping and gnashing of teeth, cast into everlasting fire, cast into a furnace of fire, everlasting punishment, where their worm dies not, being appointed his portion with the unbelievers, and cast into outer darkness.  Was Jesus a liar?  Was He merely using colorful speech?

Here are a few questions to ask yourself:

The Bible clearly teaches hell is real and those who go there are not God’s children. Every person is an eternal being but every person is not automatically a child of God. Every person has been given the choice to come to God through Jesus Christ before they die. If we want to know God and spend our eternity in heaven, we must believe that Jesus died for our sins, was buried, and rose from the dead.  We must choose to turn from our sin, ask His forgiveness and receive Him as our Lord and Savior.

All of us will face Jesus Christ after we die, but it will be too late to believe in Him then, and too late to obey Him.

Why An Eternal Hell Is Deserved

Why Do People Go To Hell?