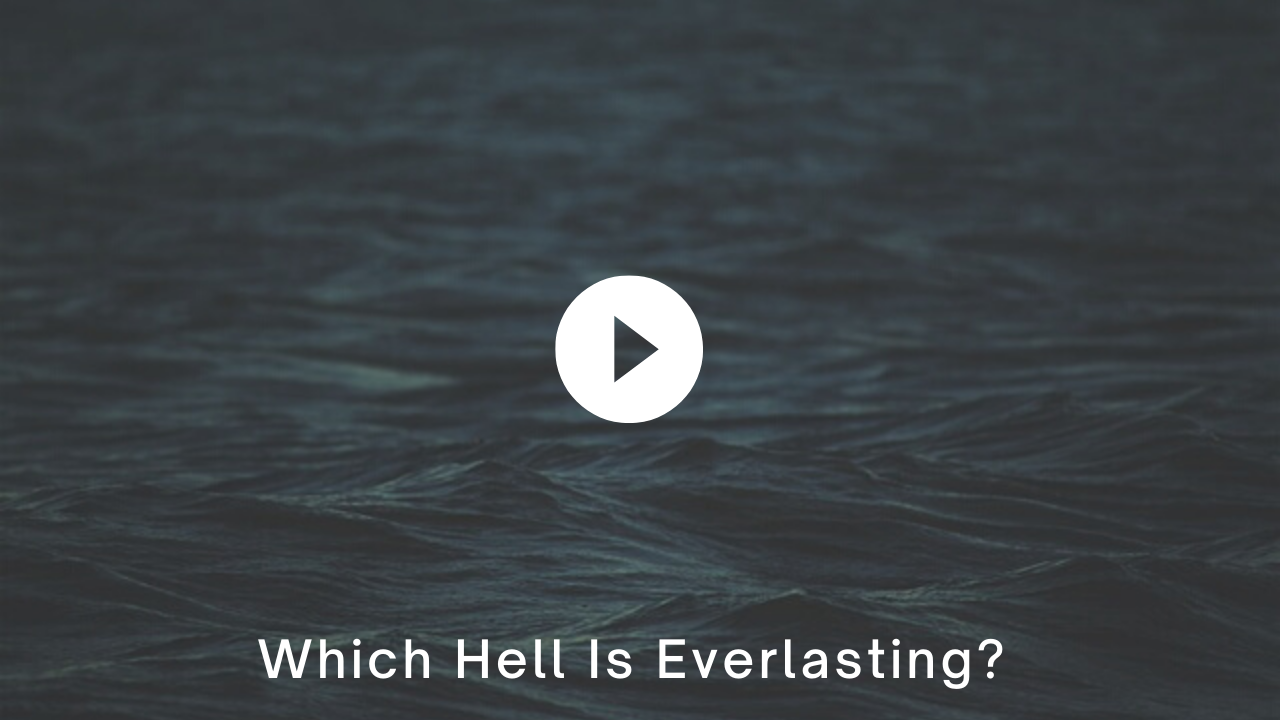 Have you noticed that when the Bible mentions the current hell (aka hades) it never includes the words eternal or everlasting, or the phrases unquenchable fire or forever and ever with it?

In other words, forever is only associated with the future hell, also known as the lake of fire. Jesus used the word Gehenna eleven times in reference to the future hell.  When a person dies apart from Christ, they immediately go to Hades, which is a place of fire and torment, but it is not the eternal hell. At the Great White Throne Judgment, they are delivered up before the throne of God, judged, and then cast into the lake of fire, which exists forever.

Here are some of the verses that associate everlasting with the future hell:

The word used here for hell is “Gehenna,” which refers to the lake of fire.  Notice, everlasting is coupled with it.

The phrase, “the fire is not quenched” is another way of saying, everlasting fire, and it is said of Gehenna.

These next verses refer to the lake of fire, which is eternal.

Matthew 25:41, Then He will also say to those on the left hand, ‘Depart from Me, you cursed, into the everlasting fire prepared for the devil and his angels.

This is referring to the lake of fire. Since Jesus said, “everlasting fire prepared for the devil,” it ties it to this next verse where the devil will be:

We see that the devil is in everlasting fire, which is the lake of fire.

Fire and brimstone are associated with the lake of fire, the eternal fire.

As this next verse ties it to this.

Notice it says, the second death. This takes place at the Great White Throne Judgment at the end of the millennium (Revelation 20:14), so it refers to the future hell. The lake of fire being the future hell.

Again, the association of brimstone not being quenched forever.

Commentaries point out that this verse will take place at the Great White Throne Judgment, when people will be cast into the lake of fire. So again, the word everlasting associated with the lake of fire.

Now keep in mind, both the lake of fire and hades contain literal burning fire. Again, Hades is not forever because it will be delivered up and cast into the lake of fire at the Great White Throne Judgment (Revelation 20:11-15).

These next verses refer to the current hell, or hades:

Notice there is no mention of hell being eternal because it states, “at the end of this age.” The age it is referring to is the time up until the end of the tribulation, according to the commentaries. After that, it will be the beginning of the one-thousand year period, a new age. So the current hell is still in play.

The word hell is the word Sheol. Sheol is the Hebrew word for the current hell. Hades is the Greek word. Again, there is no mention of this verse  being eternal.

This is referring to the end of the tribulation period, where hades is still the destination.

This is the rich man in hades, the current hell.  No mention of the fire being eternal.

This is referring to the end of the tribulation period.

There is a temporary hell, called hades, and the permanent hell, called Gehenna (the lake of fire).  Hades is not purgatory, as there is no such place in the Bible. Hades holds all those who reject Jesus until the Great White Throne Judgment. Then according to Revelation 20:15 and Matthew 25:30, they are cast into the lake of fire, and into outer darkness. Hopefully, hearing these descriptions of hell will be the closest you ever come to this place of torment.