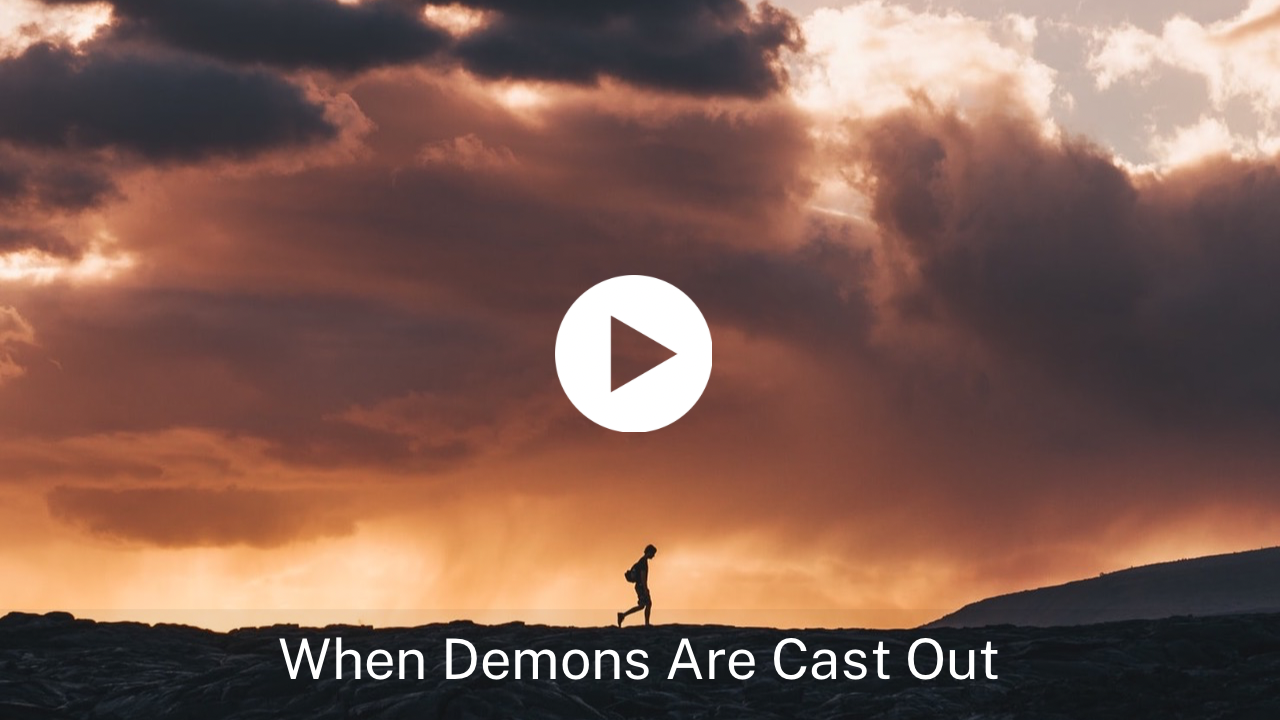 People can be worse off after they’ve been delivered from demons. The Bible provides sober warnings to the person who fails to grow up spiritually, and instead goes back to playing with sin. In the case of a new believer, they must be taught or they will fall prey to the enemy. We can actually do more harm than good when Jesus sets a person free from demons and then we neglect to instruct them.

Matthew 12:43-45 (Also found in Luke 11:24-26) “When an unclean spirit goes out of a man, he goes through dry places, seeking rest, and finds none.  Then he says, ‘I will return to my house from which I came.’ And when he comes, he finds it empty, swept, and put in order. Then he goes and takes with him seven other spirits more wicked than himself, and they enter and dwell there; and the last state of that man is worse than the first.”

This scripture provides a lot of revelation. A demonic spirit calls a human body a “house” and seeks to go in and dwell there. The spirit is not “at rest” until they find a “house” to live in. Demons are seeking to possess humans and exercise control over them.  At first one demon and then more. That’s worse off. Being emptied of the bad things isn’t enough. We must be full of the right things – the Holy Spirit and the Word of God.

“Seven more spirits more wicked”… There are degrees of wickedness in demon spirits. There are also different degrees of possession.

John 5:14 (Jesus said to man healed at Pool of Bethesda) – Jesus found him in the temple and said to him, “See, you have been made well. Sin no more, lest a worse thing come upon you.” Jesus just gave this man a strong warning about the danger of returning to a sinful life.

Can a born again Christian have a demon? Yes, they can. They cannot be possessed, but they can be oppressed (Acts 10:38).

That is the danger of holding onto unforgiveness or playing with sin. A believer can open himself up to an evil spirit influencing their life and at times, afflicting their bodies with sickness or disease. A Christian cannot be possessed by an evil spirit but they can be oppressed.

Demons need a body to manifest their personality. That’s why some spirits are so easily recognizable. Some spirits express themselves through a person’s mannerisms and speech. Others are seen by a person’s extreme behavior. Some crimes are so evil that it’s obvious the person is given over to demons. A believer can deliver himself from oppression or harassment from a devil by repentance, forgiving others, and renouncing any sin they were involved in.

Look at the amazing biblical story in the book of Mark…

Mark 5:2-5 “Then they came to the other side of the sea, to the country of the Gadarenes. And when He had come out of the boat, immediately there met Him out of the tombs a man with an unclean spirit, who had his dwelling among the tombs; and no one could bind him, not even with chains, because he had often been bound with shackles and chains. And the chains had been pulled apart by him, and the shackles broken in pieces; neither could anyone tame him. And always, night and day, he was in the mountains and in the tombs, crying out and cutting himself with stones.”

A demonic spirit is involved when a person is driven to harm themselves. The man living among the tombs would cut himself with stones. He had supernatural strength from the demons, and he was wild and uncontrollable. He was crying out in torment.

In 1 Kings 18:28 – Worshippers of Baal cut themselves until blood flowed The devil always seeks to kill, steal and destroy as Jesus said in John 10:10.

Mark 5:6-1 “When he saw Jesus from afar, he ran and worshiped Him. And he cried out with a loud voice and said, “What have I to do with You, Jesus, Son of the Most High God? I implore You by God that You do not torment me.” For He said to him, “Come out of the man, unclean spirit!” Then He asked him, “What is your name?”  And he answered, saying, “My name is Legion; for we are many.” Also he begged Him earnestly that He would not send them out of the country. Now a large herd of swine was feeding there near the mountains. So all the demons begged Him, saying, “Send us to the swine, that we may enter them.” And at once Jesus gave them permission. Then the unclean spirits went out and entered the swine (there were about two thousand); and the herd ran violently down the steep place into the sea, and drowned in the sea.”

Mark 5:14-20 “Then they came to Jesus, and saw the one who had been demon-possessed and had the legion, sitting and clothed and in his right mind.And when He got into the boat, he who had been demon-possessed begged Him that he might be with Him. However, Jesus did not permit him, but said to him, ‘Go home to your friends, and tell them what great things the Lord has done for you, and how He has had compassion on you.’ And he departed and began to proclaim in Decapolis all that Jesus had done for him; and all marveled.”

Notice after the man was delivered, he desired to follow Jesus. He desired to grow spiritually and receive discipleship. Mary Magdalene is another example of a completely changed life. She never returned to sin, and whole-heartedly followed and served the Lord.