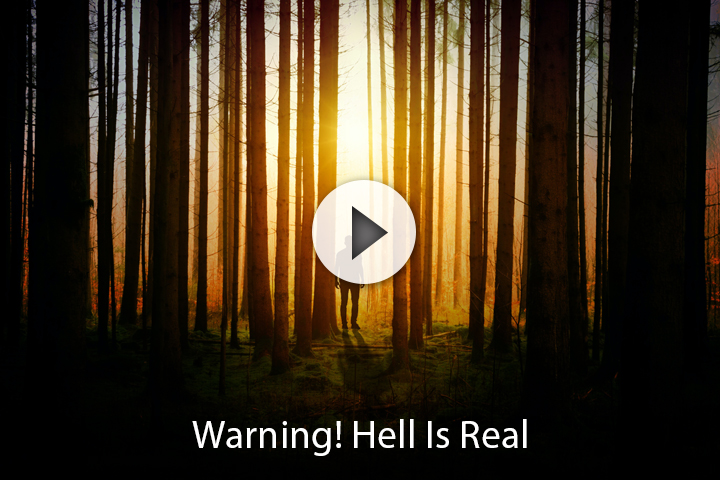 Hell is not a popular subject in most churches today. Many of these churches don’t believe or teach that hell is a literal burning place. Some pastors don’t want to offend their congregations by telling them there is a very real hell to shun.

While we should be respectful of everyone’s beliefs, do we avoid warning people?

Do we avoid telling them what we know?

Do we just let people die and face an eternity of regret and pain?

In life, we encounter dozens of warnings every single day. If a bridge is out, we expect numerous signs in advance warning us of the danger. There is a warning in bold print asking us to acknowledge the rights we may forfeit when we sign a contract. There is a list of possible side effects provided when we take medication, and even a paper coffee cup lid warns us that the coffee is hot! Ironically, while society at large finds biblical warnings offensive, they have come to expect or even demand warnings for things that pale in comparison to eternity.

Try and look at it this way:  It’s very early in the morning and you are asleep in a hotel room. Someone starts to yell, “Fire! Fire!” You wake up and run from the building before it’s consumed by flames. You narrowly escape a fiery death because someone warned you of the fire! Not only would you not feel angry or offended that this person startled you from your peaceful sleep, but you would be eternally grateful for the warning! The inconvenience would be welcome in exchange for your life.

Now try to imagine you are on the beach about to go and enjoy the surf. It’s a bright and sunny day and the water looks inviting. However, the lifeguard comes by before you go out and tells you that the water is full of jellyfish and Man O’ War. They all have a deadly sting in their tentacles. In addition, he warns that there were several shark sightings that very morning. Would you be angry at his warnings? Of course not! You would gladly thank him and heed the warning.

When hurricane Ike hit the gulf coast some years ago, a Texas newspaper had an article that read, “Certain death to those who don’t vacate.” You wouldn’t say the writers of that article were mean for issuing that statement. You would be grateful for the warning!

And so it should be with warning others about hell. Yet some will resent it, and may even turn to anger.

We must be willing to follow God’s prompting and share the truth that hell is real! I would rather they become uncomfortable, and perhaps investigate, rather than remain silent so as not to offend them, and see them end up in hell. Taking the time to warn someone that a burning hell awaits all who reject Jesus Christ is a loving message.