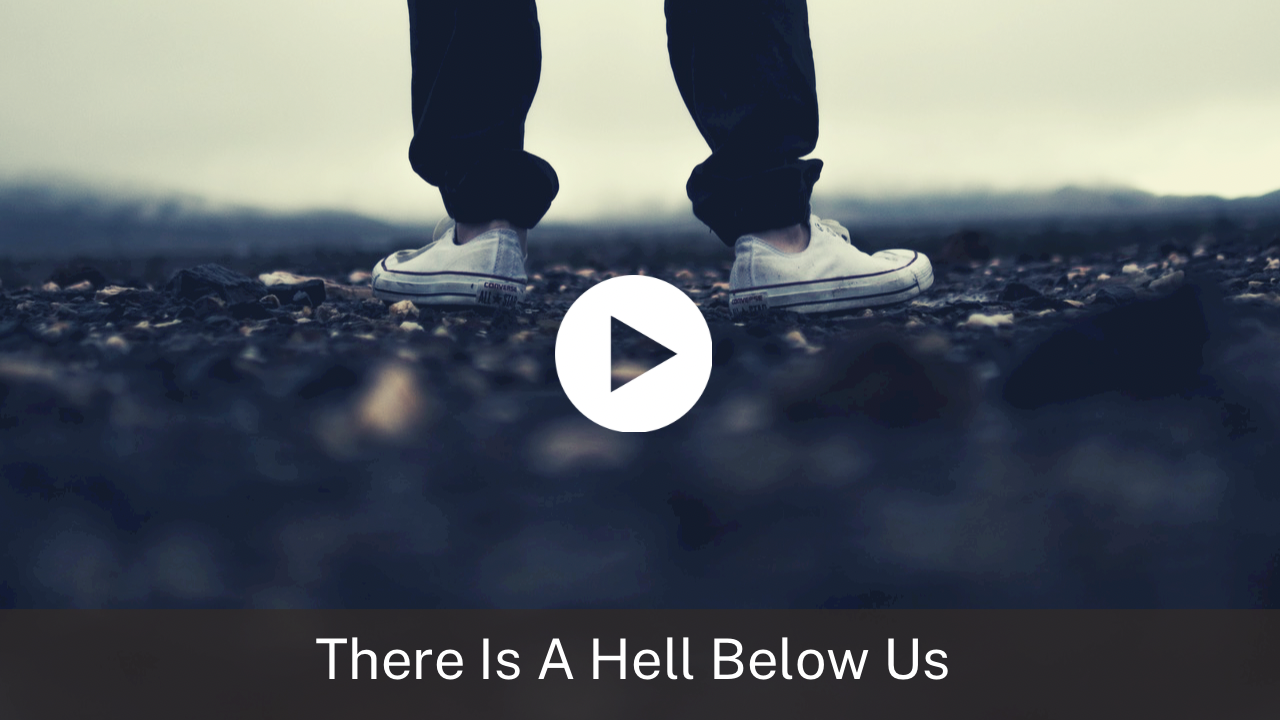 Most of us have heard the John Lennon song called, “Imagine.” There is a line in the song, which says, “Imagine there’s no heaven, it’s easy if you try. No hell below us…above us only sky.”

That’s a convenient philosophy to live by if we are only living for today. The idea that we are living with no accountability for our sin and our behavior sounds pretty appealing. The reality is that there is a heaven and there is a hell, and we are accountable to the One who created us. Jesus said He goes to prepare a place for us in His Fathers house. It is a place prepared for those who receive Him. Sadly, Jesus said that few will find it.

There is a hell for those who reject Him, and Jesus said that many will be there. This must cause us to ask the questions:

Jesus mentioned hell in 46 verses. If there is no hell, Jesus would be a liar. The Bible is clear that hell is real and it is eternal. The fire in hell is literal. It is not metaphorical or simply a state of the mind. It is real fire.

The truth is, hell is offensive and it should be. It should also make people uncomfortable. What lies ahead in the afterlife for those who haven’t repented should actually terrify any rational person.

I would rather offend you, compelling you to research the Bible for yourself, than stay silent and allow ignorance to send you to hell.

The Bible says this about hell:

And the worst part of all is found in Isaiah 38:18 which says, “they that go down into the pit cannot hope for thy truth”.  Jesus said he is the way, the truth, and the life. There is no hope for them because it is too late. They will never get out.

Jesus said to the sinner in Matthew 23:33, “How can you escape the damnation of hell?” In Matthew 10:28 Jesus said, “Fear Him who is able to destroy both soul and body in hell.”

God says we should fear Him, because He has power to cast us into hell however, it’s not God’s decision if you go to hell. It’s yours. Repentance of sin and receiving Jesus as Lord and Savior is the requirement to be saved. This is the only way to avoid hell and enter heaven.

Believe the song lyrics, or believe the words of Jesus Christ.