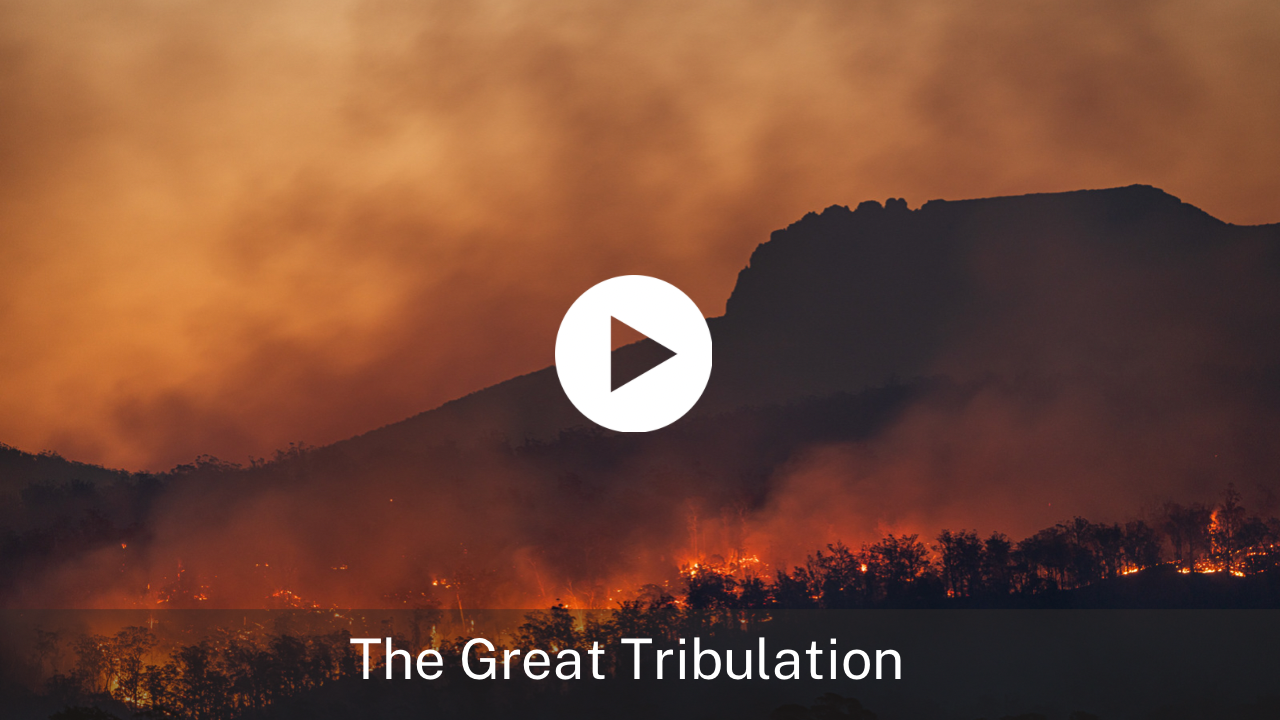 The Bible says that Christians will suffer and experience tribulation in this life. Is the suffering and tribulation referenced in John, chapter 16 referring to the Great Tribulation coming on the earth? No. There is an enormous difference.

John 16:33 says, “In the world you will have tribulation; but be of good cheer, I have overcome the world.”

When the Bible speaks of tribulation for the Christian, it is referring to the worldly tribulation we will suffer such as persecution, mockery, affliction by men, and even murder by evil people.

The Great Tribulation is a seven-year period coming when God Himself pours out His wrath for the sin on the earth. The devil also goes forth with his fury to do destruction.

Throughout the Bible we see references to God’s wrath, as the following verses describe:

Jesus said in Matthew 24:21, “For then there will be great tribulation, such as has not been since the beginning of the world until this time, no, nor ever shall be. And except those days be shortened, there shall no flesh be saved.”

Today, Christians suffer and die around the world by the hands of wicked, evil people. During the Great Tribulation, an unprecedented number of people will suffer and die because of God’s wrath poured out, and by Satan, who will act out through the Anti-Christ. At the beginning of the Tribulation, take notice of who opens the seals!

The first phase of the Tribulation as described in Revelation 6, will be a truly horrendous time. Here is what the Bible states:

People should kill one another, famine, pestilence, a huge number of Christians killed, one fourth of the earth’s population will be killed with the sword and by hunger, and by wild beasts, or animals. There will be a great earthquake; the sun became black, the stars of heaven fell to the earth, many in number. Then the sky receded as a scroll when it is rolled up, and every mountain and island was moved out of its place. And great men hid themselves in the caves and wanted rocks to fall on them, as they said, “For the great day of His wrath has come, and who is able to stand?”

Other events that will also be occur:

The Great Tribulation is quite different from the tribulation we experience on earth now. This seven-year period is for the purpose of punishing the sinner, not the Body of Christ. The focus during that time will also be the nation of Israel.

Born again believers in Jesus Christ, have been forgiven of sin. The wrath of God is no longer directed at us. Why would the Lord Jesus pour out God’s wrath upon His bride, the Church? The Bible states we are not appointed to wrath (1 Thessalonians 5:9).