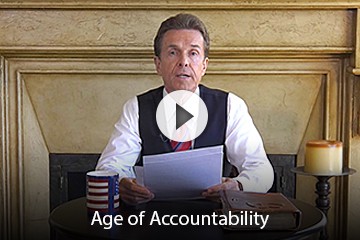 There is also a progression. In 2 Chronicles 34:1, Josiah was eight years old and he did that which was right. At sixteen years old, he began to seek the Lord and at twenty years old he began to purge Judah from the high places. He knew to do right, and then began to seek God. He actually began to do something for God at age twenty.

We do not know for certain the exact age of accountability, but scripture has provided some clear insight into the window of time that might be.