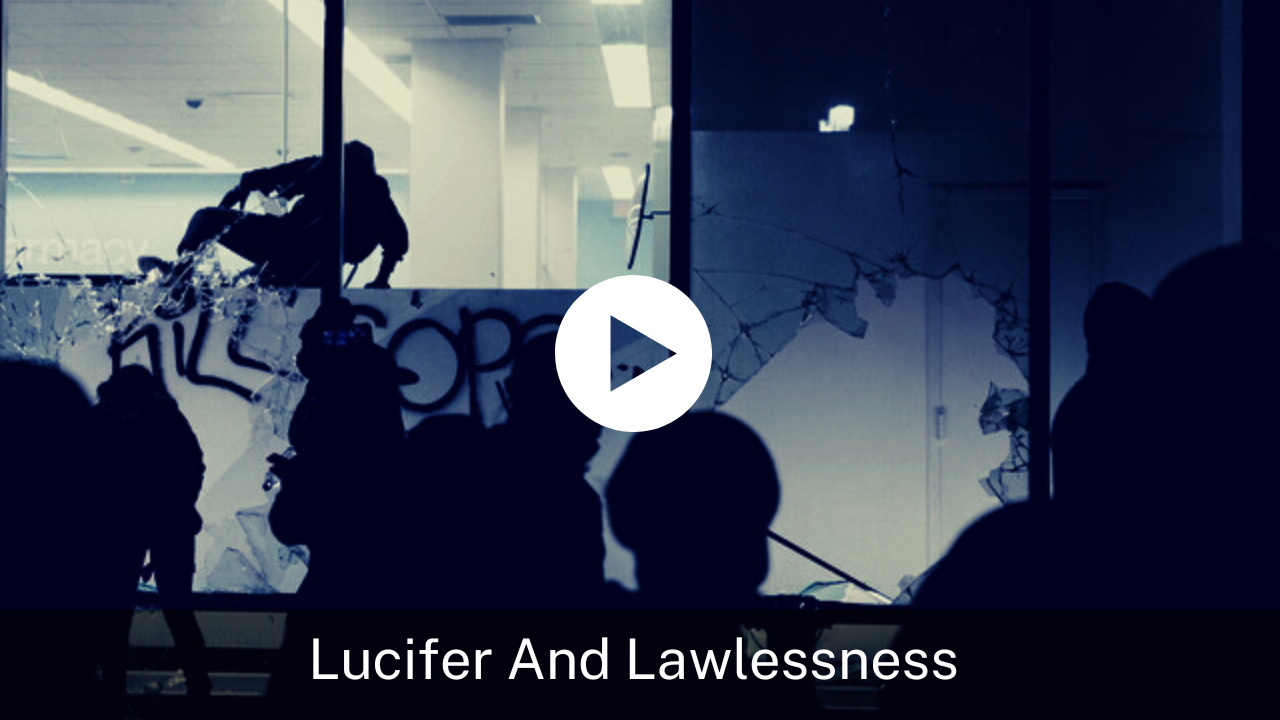 There is a great deal of revelation in the Bible about Lucifer, or Satan. Originally, God created Lucifer as a magnificent, beautiful angel. It says that he lived close to God in a perfect world called heaven. We also know that at some point, Lucifer became envious and prideful. His own splendor and beauty was his downfall. Perhaps, he was also angry that God’s affection was directed toward the human beings He had created since man is created in God’s image and angels are not.

About Lucifer, the Bible says in Ezekiel 28:12-15, “…full of wisdom and perfect in beauty…You were perfect in your ways from the day you were created, until iniquity was found in you.

“For you have said in your heart: ‘I will ascend into heaven, I will exalt my throne above the stars of God; I will also sit on the mount of the congregation on the farthest sides of the north; I will ascend above the heights of the clouds, I will be like the Most High.’”

Ezekiel 28:16-17 says, “You became filled with violence within…Your heart was lifted up because of your beauty; You corrupted your wisdom for the sake of your splendor

Lucifer thought he could be like God. He caused a rebellion in heaven and took one-third of the angels with him (Revelation 12:3-4). His name was changed to Satan, which means “adversary” and he became an enemy of God and all God’s people. Jesus tells us in John 10:10 that Satan’s goal is to steal, kill and destroy.

This is the same spirit that operates in the earth today: the spirit of lawlessness. It despises authority (we speak of authority that doesn’t violate God’s word) and it is full of rebellion, arrogance, hypocrisy, hatred, envy and violence.

Jesus gave us sober warnings referencing the word “lawlessness” in the following verses:

In Matthew 7:21-23 He said,“Not everyone who says to Me, ‘Lord, Lord,’ shall enter the kingdom of heaven, but he who does the will of My Father in heaven. Many will say to Me in that day, ‘Lord, Lord, have we not prophesied in Your name, cast out demons in Your name, and done many wonders in Your name?’ And then I will declare to them, ‘I never knew you; depart from Me, you who practice lawlessness.”

“Even so you also outwardly appear righteous to men, but inside you are full of hypocrisy and lawlessness.”

We can see this today with some of the leadership in our own country. We also see it in various positions within every facet of society. These people appear to be looking out for your good or the good of others, but they will say anything to get your vote. They twist the truth and tell lies to gain position, power and money. They are slick and cunning and speak as angels of light. We must be spiritually discerning, and be fully aware of who and what we agree with, follow, and support.

In Matthew 24:4, 12, (4) Jesus was speaking to His disciples about the signs of the end of the age: “Take heed that no one deceives you…And then many will be offended, will betray one another, and will hate one another…(12) And because lawlessness will abound, the love of many will grow cold.”

An offended heart is the breeding ground for deception.

This is why we must grow in our knowledge of God’s Word and His ways. This is how we discern good from evil.

Hebrews 5:13-14 states, “For everyone who partakes only of milk is unskilled in the word of righteousness, for he is a babe.  But solid food belongs to those who are of full age (or mature), that is, those who by reason of use (or training) have their senses exercised to discern both good and evil.”

How do we guard against this spirit today?

Proverbs 16:18, “Pride goes before destruction and a haughty spirit before a fall.”

(Stay humble before God and others.)

James 4:7, “Therefore submit to God. Resist the devil and he will flee from you.”

We must obey God and His Word, then we have authority to run the devil off.

Are we quick to change when we realize we’ve been acting in opposition to God’s Word and His ways? Are we teachable? Are we seeking truth or just trying to justify our disobedience?