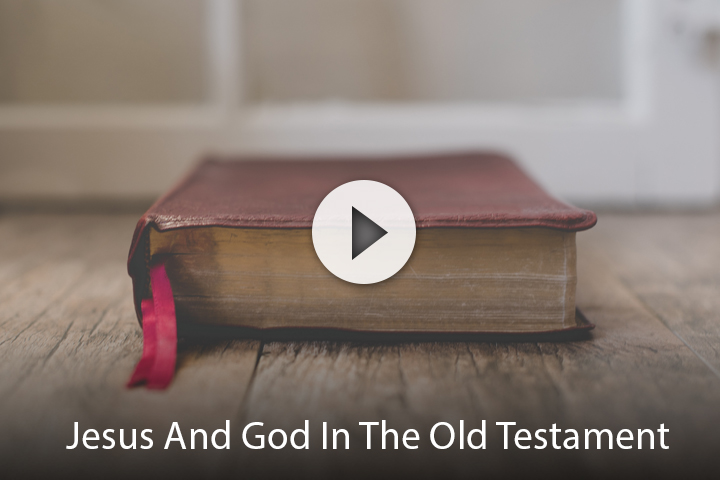 There are many clear reasons to believe Jesus was and is the God of the Old Testament. Here are just two of them:

Jesus said He is the great “I AM” and God also stated in the Old Testament.

In John 5:46 Jesus said that Moses wrote about Him (If you really believed Moses, you would believe me, because he wrote about me).

The Pharisees believed in the God of Moses, the God who said His name is “I AM.” He also described Himself as “the first and the last.”

They crucified Jesus because the high priest accused Him of blasphemy in Mark 14:64. They accused Him because Jesus said “I AM,” He also said, “I AM” the Son of God.

The high priest did not believe Jesus was who He said He was.

If Jesus wasn’t God, why would He voluntarily identify Himself as God and therefore accuse Himself, knowing it would invoke the death penalty?

In Revelation 2:8 Jesus said, “And unto the angel of the church in Smyrna write; These things saith the first and the last, which was dead, and is alive.”

Here are some of the Old Testament verses where God Himself also says He is the first and the last, the “I AM.”

Isaiah 44:6, “Thus says the Lord, the King of Israel, and his Redeemer, the Lord of hosts: ‘I am the First and I am the Last; Besides Me there is no God.’”

There are also twenty-one “I AM” statements in just the book of Isaiah from chapter 42 through chapter 48.

In Revelation 1:8, this is the Lord Jesus speaking:

He said, “I am Alpha and Omega, the beginning and the ending, saith the Lord, which is, and which was, and which is to come, the Almighty.”

And in Revelation 21:6, “I am Alpha and Omega, the beginning and the end. I will give unto him that is athirst of the fountain of the water of life freely.”

God made it clear who He is. There is a great deal of proof showing Jesus is who He said He was. He fulfilled over 300 prophecies in the Old Testament. In addition, His body has never been found because He rose from the dead as He declared, and appeared to over 500 witnesses. If you want to know the truth, you must humble yourself before God and sincerely ask Him to show you the truth about Jesus. Search the scriptures for yourself and see the abundant evidence that proclaims Jesus is who He said He was:  The great “I AM” of the Old Testament, the first and the last, the Son of God, the second person of the trinity, the One who died on the Cross for our sins and rose from the dead.

He alone is the same God of the entire Bible as He said.