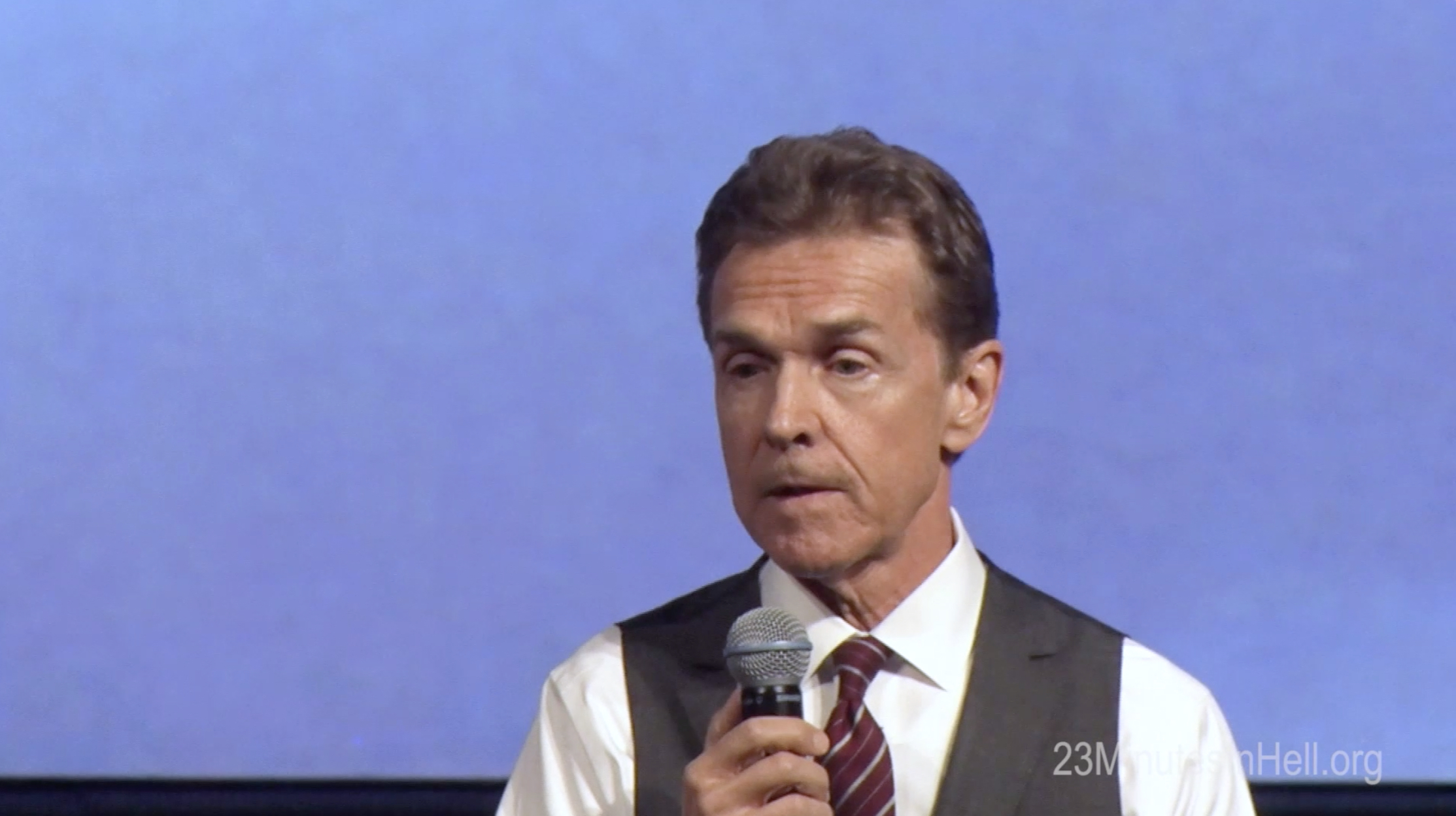 It Will Be Too Late Then

There was an atheist I spoke to once. He was a millionaire, a very wealthy guy, very smart. I said everything I could say to him for two hours but he would not listen. He said, “Bill, you know what? I am just not interested. I’m not interested.” God then reminded me of something I’d read earlier. I said, “If I was to offer you a glass of water or a $100 million dollars, which would you take? You’d take the $100 million right? But if you were in the desert and you were dying of thirst with 30 seconds left to live, and then I offered you the cup of cold water or the $100 million dollars, which would you take? You would take the cup of cold water.” It’s called circumstantial priorities.

I said, “You might not be interested in the cup of cold water or the offer of salvation now, but there’s going to come a day when you will stand before the mighty throne of God, with all of His millions of angels in all of His power. He’s going to say to you, “Why did you reject My Word? Why didn’t you believe My Word?” On that day you will have no excuse. You will stand there guilty of your sin. You will be desperate for that offer of salvation, that cup of cold water, but it will be too late then. You will not get that offer again. Instead, there will be hideous demons waiting to drag you off into hell.”

Zephaniah 1:14-15 says, “The great day of the Lord is near. The mighty man shall cry there bitterly. That day is a day of wrath, trouble, distress, wastefulness and desolation.”

Nahum 1:6 says, “Who can stand before his indignation and who can abide in the fierceness of his anger? His fury is poured out like fire.”

Matthew Henry said this. “They that would not hear the doctrine that will save them shall be made to hear the sentence that will ruin them.”