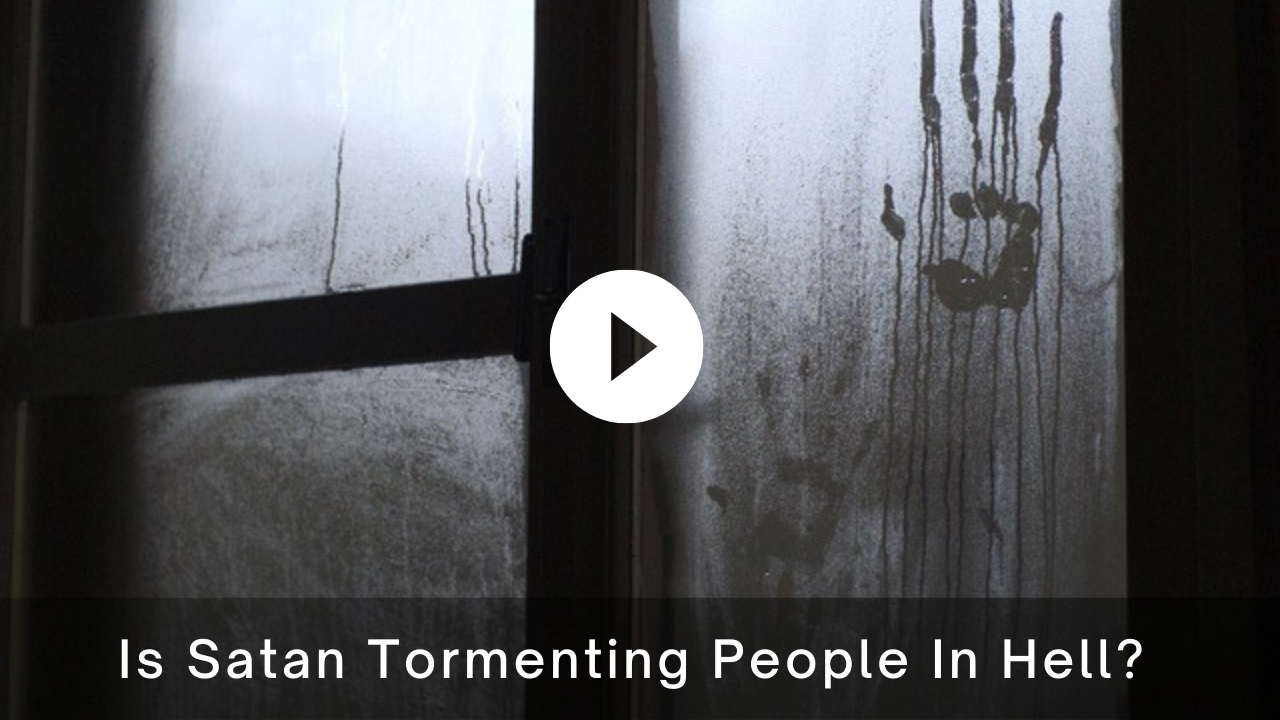 If we look at what the Bible says on this topic, yes, Satan can torment people in hell now.

Who is doing the beating?

John Wesley in the Parallel Commentary page 222 says, “For the executioners of God’s vengeance are at hand, and when he at once delivers you over to them, you are undone forever.”

In Matthew 18:34 Jesus said, “Deliver him to the tormentors.”

Who is doing the tormenting?

Matthew Henry’s Commentary page 1709 says, “Devil’s, the executioners of God’s wrath, will be their tormentors forever.”

Psalm 50:22, “Now consider this, you who forget God,lest I tear you in pieces, and there be none to deliver”  Who is tearing them to pieces?

Matthew Henry’s Commentary page 816, “Those who will not consider the warnings of God’s word, will certainly be torn to pieces by the executioners.”

Are the executioners demons?

Dr. Erwin Lutzer in his book, One Minute After You Die page 25, said, “It is understandable that demonic spirits would await all those who enter eternity without God’s forgiveness and acceptance.”

In Matthew 24:51 Jesus said, “He will cut him in pieces and appoint him his portion with the hypocrites, where there shall be weeping and gnashing of teeth.”

Who is cutting them in pieces?

Luke 19:27, “But those mine enemies, which would not that I should reign over them, bring hither, and slay them before me.”

Who is doing the slaying?

Matthew Henry’s Commentary page 1653,  “God does often, for wise and holy ends, permit the efforts of Satan’s rage, and suffer him to do the mischief he would, and even by it serve his own purposes. The devils are not only Christ’s captives, but his vassals.”

John Bunyan (who wrote Pilgrim’s Progress) also wrote the book, Visions Of Heaven and Hell.” In this book he records the angel that escorted him in his vision of hell as saying, “The Devils are the Almighty’s agents and just executioners of his deserved vengeance against sinners.”

Josephus said, “This region (Sheol) is allowed as a place of custody for souls in which angels…who distribute to them temporary punishments …they are dragged by force…by the angels allotted for punishment…to reproach them and to threaten them with their terrible looks, and to thrust them still downwards.”

Man and Satan are also in the same pit. Look at these verses:

Isaiah 14:12-15 says, “How art thou fallen from heaven, O Lucifer…Yet thou shalt be brought down to hell (Sheol), to the sides of the pit.”

Isaiah 24:21-22 mentions the host of the high ones (fallen angels) and the kings of the earth (Man), are gathered together in the prison, in the pit (Bowr). Fallen angels and man are in the same pit. Why would demons leave a person alone? They were allowed to torment people and even possess them while on the earth. Would hell be any less?

Matthew Henry’s Commentary page 1752, “the devil and his angels are already made prisoners in the pit”

He goes on to say, “if they (rebellious sinners) must be doomed to such a state of endless misery, yet may they not have some good company there?  No, none but the devil and his angels, their sworn enemies, that helped to bring them to this misery and will triumph over them in it. They served the devil while they lived, and therefore are justly sentenced to be where he is…”

There are many books written, and several by Dr. Maurice Rawlings in which he documents many near death and clinical death experiences. Many of those who were not professing Christians saw demons waiting for them to die, and drag them off to hell. Each person who actually saw the demons was terrified. There are also many books written of those who have had a vision or dream of hell. Most saw demons and fire, felt the heat, smelled the foul odors, and some saw the demons tormenting people in hell. Their accounts were very similar.

I personally experienced the demons in the vision God gave me. I have also met many others over the years who saw hell and the demons. What is most important though is what scripture says.