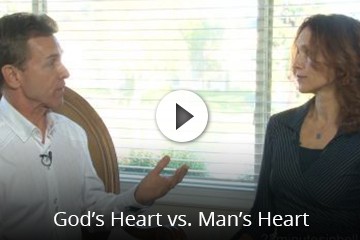 There are many misconceptions in regard to the afterlife. Most people just don’t like to talk about death but the percentage of those who will die is 100% so the question is, “do you know where you will go after you die?” A lack of discussion contributes to a lack of knowledge so you could be on the wrong path. The wisest man that ever lived was King Solomon, except for Jesus, and he said in Proverbs 14:12, “There is a way that seems right unto a man but the end thereof are the ways of death.”

People refuse God and push the truth away. They know they’re not in hell by mistake or by default or ignorance. They made a conscious decision.

Another common misconception is that people think they are good enough to get to heaven. They might be good compared to people, but not compared to God. Our standard of good and God’s standard are two different things. God and Heaven are perfect and his standard is perfect. God does not arbitrarily send people to hell. All of us above the age of accountability are automatically on the road to hell because we’re born in sin. John 3: 17-18 says, “We’re condemned already because of our sin.” That’s why Jesus came. He planted a cross right in the middle of the road to get us off of it and take us to heaven. We must repent and be humble enough to admit we need a Savior. Repentance means turn away or change your mind. We must choose to accept Jesus Christ as our Lord and Savior. It’s just that simple. Jesus said in John 14:6, “I am the way, the truth, and the life. No man comes under the father but by me.”

Jesus also said in Matthew 12:37, “For by your words you will be justified, and by your words you will be condemned.” When people say, “I don’t believe the bible. I don’t believe any of it,” they say it with their own mouth so they condemn themselves. It’s not God sending them. God loves man, so he gives them a free will. He gives them that free will to choose. It’s up to them. The question is what will you decide?