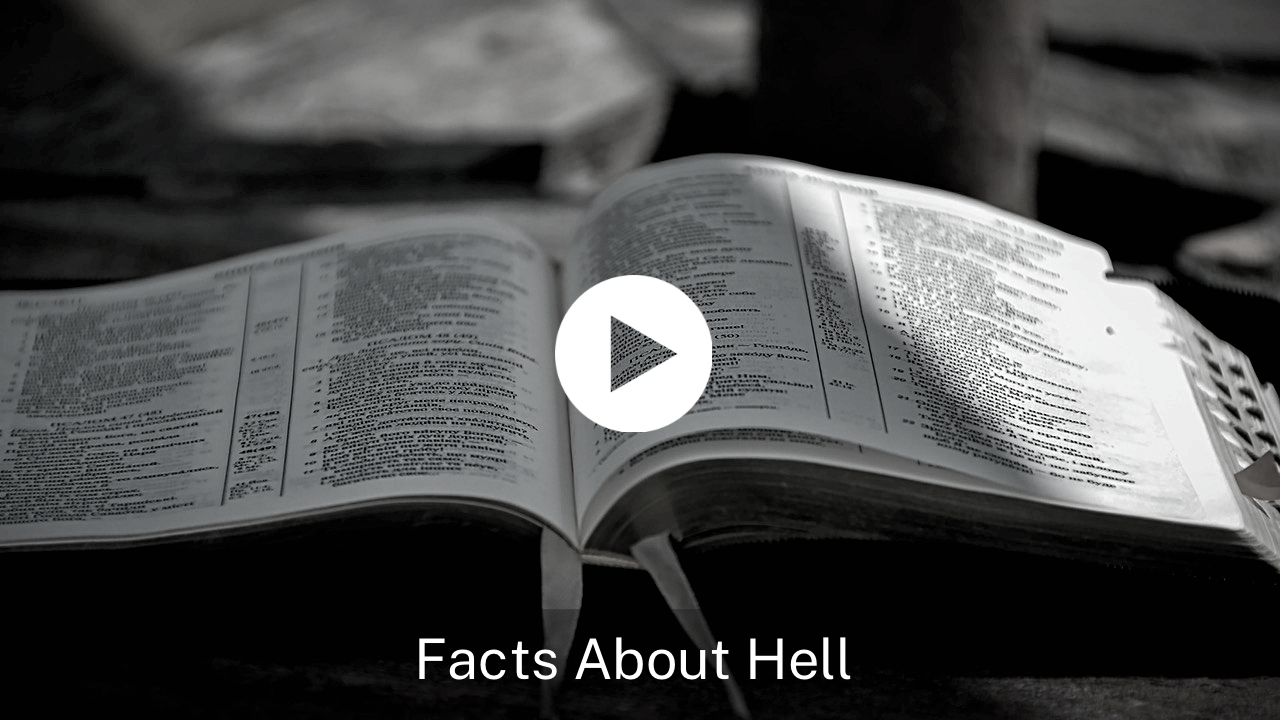 People say hell is not mentioned in the Bible. Some say Jesus wasn’t clear about hell or that the fire in hell is not literal. Others will argue that the rich man in hell (whom Jesus spoke about in Luke 16) was not in an actual geographical location. They also claim he was not literally in fire but rather he was experiencing a state of mind and the fires were just burning thoughts. I have refuted these false beliefs in the many videos and podcast teachings available on our website. Here are some facts about hell and a few quotes from Jesus:

There are 132 verses in the Bible that use the word hell or pit. Thirty of those times the KJV uses the word grave but the Hebrew word used there is the word sheol. Sheol never denotes just the grave according to the Vine’s Dictionary and Dr. Chuck Missler.

Dr. Erwin Lutzer in his book, “One Minute After You Die” page 35 says, “the Hebrew word sheol is used for the realm of the dead…just like sheol, the word hades is never used for the grave, but always refers to the world of departed spirits.”

In Matthew 25:41, “Jesus said, Depart from me, ye cursed, into everlasting fire prepared for the devil and his angels.”

In the Old Testament the word everlasting is used in reference to hell three times.

The word everlasting is used seven times in the New Testament referring to hell.

The words that represent hell in the Bible are tophet, tartarus ,hades, sheol and gehenna.

The current hell is called sheol in the Hebrew and hades in the Greek.

The word tophet was an area southeast of Jerusalem in the Valley of Hinnom, which became know as gehenna.

Nelson’s New Illustrated Bible Dictionary pg. 556, 568 reads, “Hell, the place of eternal punishment for the unrighteous . . . Hell also translates Gehenna, the Greek form of the Hebrew phrase that means, ‘The Valley of Hinnom.’ In this valley the Canaanites worshiped Bael and the god Molech by sacrificing their children in a fire that burned continuously. In the time of Jesus the Valley of Hinnom was used as the garbage dump of Jerusalem. Into it were thrown all the filth and garbage of the city including the dead bodies of animals and executed criminals. To consume all this, fires burned constantly. Maggots worked in filth. When the wind blew from that direction over the city, its awfulness was quite evident. Wild dogs howled at night as they fought over the garbage. Jesus used this awful scene as a symbol of hell. In effect He said, ‘Do you want to know what hell is like? Look at “Gehenna…Hinnom thus became a graphic symbol of woe and judgment and the place of eternal punishment called hell.’”

No one is in gehenna, which is the lake of fire, at this time. The first occupants will be the beast and the false prophet immediately after the seven-year Tribulation period mentioned in Revelation19:20. After the one thousand year period all those in the current hell or hades will be delivered up, judged, and thrown into the lake of fire forever.

Revelation 20:11-15 (vs. 15) says, “Whosoever was not found written in the book of life was cast into the lake of fire.” This is where all people who refuse to repent of their sins and reject Jesus Christ as their Lord and Savior will spend their eternity.

My question for you is, “Do you know if your name is written in His book?”