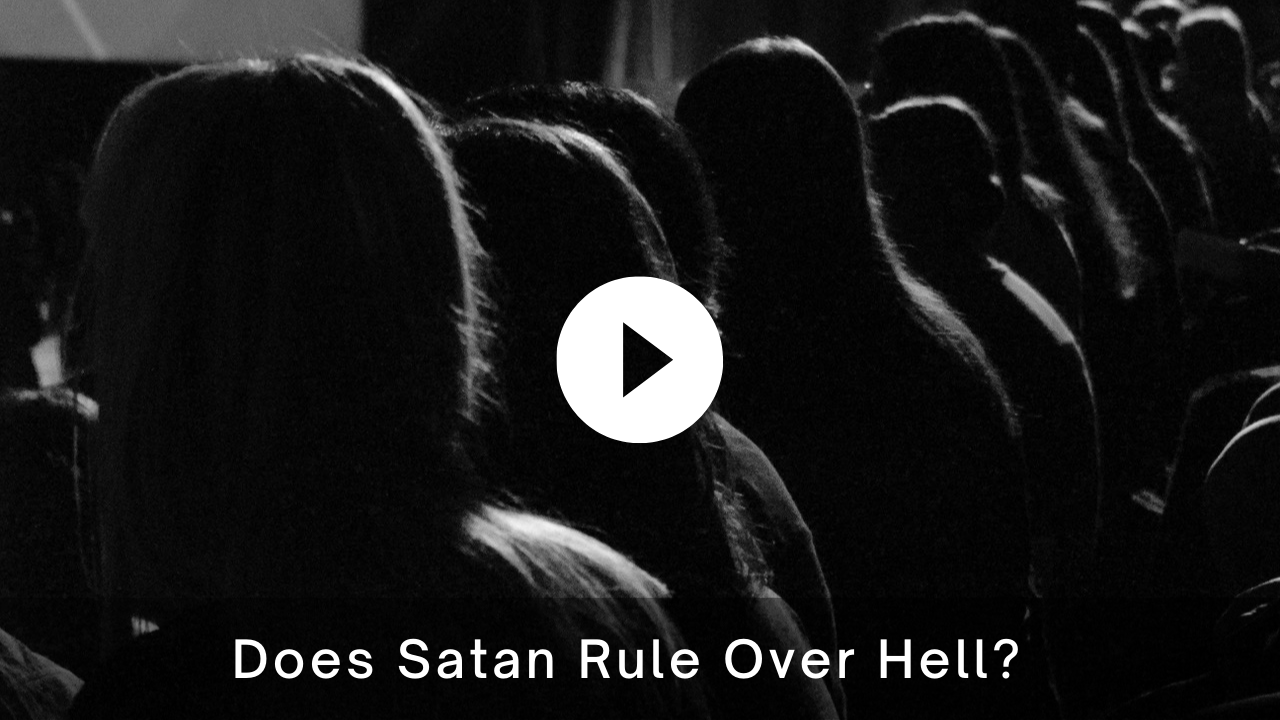 Is Satan the ruler of hell? Is hell part of his kingdom?

In studying and researching this topic, I believe scripture is clear that God is the one who is ruling, and hell is not part of Satan’s kingdom.

Dr. Robert A. Peterson in the book, “Hell On Trial” (pages 44, 45, 47) said, “Hell is ruled by God…It is no wonder that, as the ruler of hell, God is to be revered…God rules over everything, including heaven and hell…Instead of reigning over hell, Satan will suffer the worst punishment there.”

We must remember there are two hells, and there are differences (this topic is to be discussed in another teaching).

Satan has a kingdom, but what does it consist of?

In Matthew 12:26, Jesus said, “If Satan casts out Satan, he is divided against himself. How then will his kingdom stand?” Jesus just told us Satan has a kingdom, and it consists of the fallen angels of Revelation 12:4-9.

Wayne Grudem in “Systematic Theology” (page 414) said, “Satan is the personal name of the head of the demons.”

Nelson’s Bible Dictionary (page 346) states, “Demons-another name for fallen angels who joined the kingdom of Satan in rebellion against God.”

In Matthew 9:34, Satan is called, “the prince of devils.” Part of Satan’s kingdom is the fallen angels. Satan’s kingdom also consists of the atmosphere where the demons are.

Ephesians 2:2 says that Satan is “the prince of the power of the air.”

Daniel 10:13, “But the prince of the kingdom of Persia withstood me.” The prince was a devil that ruled over the atmosphere and land of Persia.

Dr. Lester Sumrall in his book, “Alien Entities” (page 47) says, “Satan’s kingdom is the second heaven.” We can see that Satan rules over his demons and the atmosphere.

There also is another part of his kingdom.

Matthew 4:8-9 reads, “Again, the devil taketh him up into an exceeding high mountain, and sheweth him all the kingdoms of the world, and the glory of them; and saith unto him, all these things will I give thee, if thou wilt fall down and worship me.”

The devil offered the kingdoms of the world, so they had to be his to give!

2 Corinthians 4:4 states that Satan is the “god of this world.”

John 14:30, Jesus said, “for the prince of this world commeth, and hath nothing in me.”

John 12:31 “Now shall the prince of this world be cast out.”  So his kingdom also consists of the kingdoms of the world.  There are no scriptures stating that hell is part of Satan’s kingdom.  As a matter of fact, God is the one who oversees hell as these verses state:

Proverbs 15:11, “Hell and destruction are before the Lord.”

Job 26:6, “Hell is naked before him and destruction has no covering.”

Amos 9:2, in talking about the wicked, God said, “Though they dig into hell, my hand shall take them.” So God oversees hell and he dictates what happens there. God assigns a persons rightful place and degree of torment, as we will point out in another video.

Are the gates of hell as mentioned in Isaiah 38:10 and Matthew 16:18 representative of Satan’s kingdom?

These are not gates indicating his kingdom or authority, but rather his prison. In Revelation 1:18 it states that Jesus is the one who has the keys of hell and death.

It seems clear from scripture that Satan’s kingdom is the fallen angels or demons, the kingdoms of the world, and the second heaven or atmosphere.