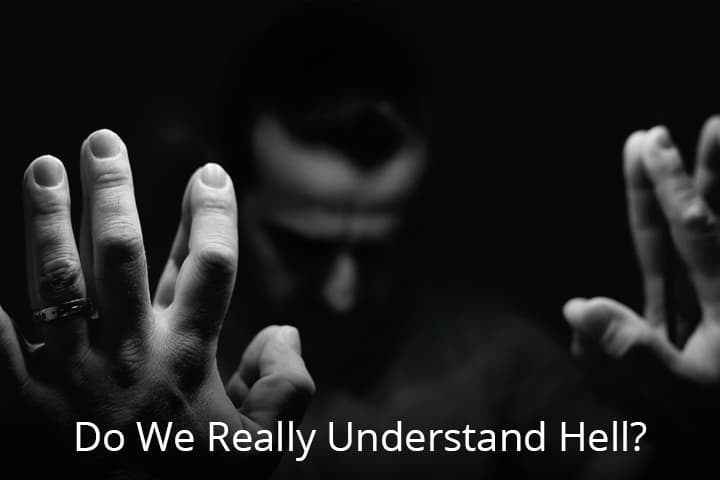 Do We Really Understand Hell?

Many people have said to me, “I wouldn’t want to go through what you experienced. That must have been so horrible.” Yes, it was something I never would want to go through again, not even for one minute. However, I would not trade that experience for the world. I have a despicable hatred for hell, yet I value the minutes spent there. It is a place of unexplainable fear, yet I highly treasure what God has allowed me to see. I say this because it has given me a much greater appreciation for what I have been spared from. I have gained a much greater compassion for the people who don’t know God, a strong desire to warn them of what lies ahead and how they can avoid it, an increased burden to share the good news of the gospel, and a deeper and more intimate love for our Lord and Savior.

In his teaching on hell called “Hell—the Furnace of Fire,” John MacArthur shares:

There is no way to describe hell. Nothing on earth can compare with it. No living person has any real idea of it. No madman in wildest flights of insanity ever beheld its horror. No man in delirium ever pictured a place so utterly terrible as this. No nightmare racing across a fevered mind ever produces a terror to match that of the mildest hell. No murder scene with splashed blood and oozing wound ever suggested a revulsion that could touch the border lands of hell. Let the most gifted writer exhaust his skill in describing this roaring cavern of unending flame, and he would not even brush in fancy the nearest edge of hell.

Hell Is Not Just “Separation From God”

Some pastors and scholars state that hell is merely separation from God, but not actual torment, as if “separation” would not be so severe. Indeed, hell is separation from God. But to many, that implies no real pain experienced. What they don’t understand is that separation from God is much worse than anyone can ever imagine. Most of the great leaders of the past, along with the early church fathers, believed that there was great torment in being separated from God. Many also believe that the fiery torments are part of the suffering as well. To quote just a few who commented about the fire, Pope Benedict XVI told a parish gathering in a northern suburb of Rome, “Hell is a place where sinners really do burn in an everlasting fire . . . ”

Dr. Albert Mohler, president of the Southern Baptist Theological Seminary, said in the book, Hell? Yes! by Robert Jeffress, “Scripture clearly speaks of hell as a physical place of fiery torment and warns us we should fear.”

Charles Spurgeon said: “Do not begin telling me that there is metaphorical fire: who cares for that? If a man were to threaten to give me a metaphorical blow on the head, I should care very little about it: he would be welcome to give me as many as he pleased. And what say the wicked? “We do not care about metaphorical fires.” But they are real sir—yes, as real as your self. There is a real fire in hell, as truly as you now have a real body—a fire exactly like that which we have on the earth in everything except this—that it will not consume, though it will torture you.”

John Calvin said, “Everlasting destruction and the torment of the flesh await all those whom He will drive from His presence.”

Psalm 116:3 says, “The pains of Sheol laid hold upon me; I found trouble and sorrow.”

In the Gospel of Luke Jesus quotes a rich man who is in hell. The rich man says, “I am tormented in this flame” (Luke 16:24).

Everything Good Is From God

To think that by saying “separation from God” somehow reduces the torments one suffers in hell is a great misnomer. Everything good we experience is from God (James 1:17). To be separated from Him would be the same as being separated from all good. You can’t have the good without God. Some people tend to think that the good things we experience, such as sunshine, fresh air, food and water, sleep, and beautiful scenery are from “mother nature.” But they do not come from “mother nature”; they come from Father God.

Excerpt from BIll’s book, Hell: Separate Truth From Fiction and Get Your Toughest Questions Answered