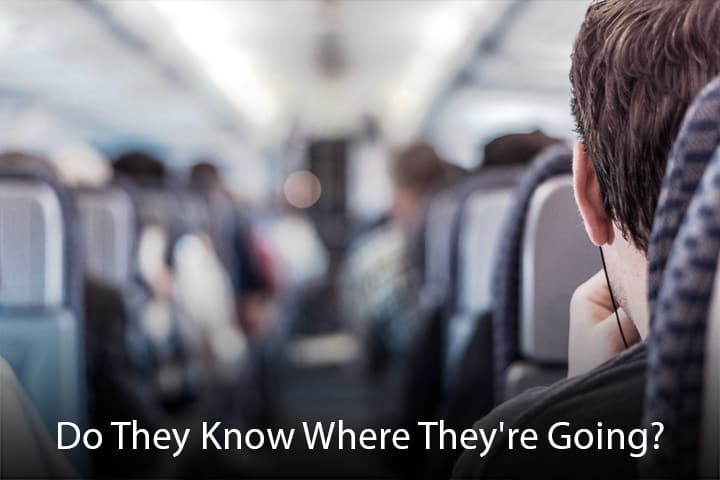 Recently, I had an opportunity to share my faith with the person seated next to me on a flight. This happens all the time because I am frequently on planes traveling somewhere to speak. When someone sits down next to me, I know it’s an opportunity. Even though my wife and I are usually very tired and I don’t really want to talk to anybody, I know that I have a captive audience and I decide that I will make the opportunity count somehow.

On this particular flight, I was sitting next to a young man. He was a high-tech, computer expert for a big firm. I could tell he was a very bright person. On this occasion, he was the one who started the conversation when he asked me, “Are you going home?” I replied, “No. I’m actually going to speak at a church.” He then said, “Oh, you speak? What do you speak about?” I said, “Heaven and Hell. Who goes there and who doesn’t.” I decided to leave it at that.

About ten minutes later he suddenly asked, “Who does go to Heaven and who does go to Hell?” I said, “Well, it has nothing to do with being good. Most people think that if you’re a good person you’ll make it to Heaven but it has nothing to do with that.” I could see that he was fishing. I knew that he was interested, but I also knew that if I started preaching to him, he’d turn off so I acted as though I was not interested in discussing it further. I just continued to read the book that I had brought with me.

His questions went on for the entire three-hour flight. My wife was next to me praying the entire time as he continued to ask question after question. By the end of three hours, he had heard just about the entire Bible. I didn’t lead him to the Lord that day, but I know I planted a seed. That’s what we are all supposed to do as seed planters for God. We won’t personally lead every person we meet to salvation, but we can plant seed that God will grow in due time. Each of us can be sensitive to the Holy Spirit and decide to witness to someone God brings to our path.