Warning someone of impending danger is actually a message of love. What lies ahead in the afterlife for those who haven’t repented should scare any rational person. Jude 23 tells us that some will only be saved with fear, pulling them out of the fire. Many won’t be swayed by telling them, “Jesus loves you.” Today, there is an arrogance towards God and a lack of respect for Him and all authority. Some people must be confronted with the severe reality of what lies ahead if they do not repent and receive Jesus as their Lord and Savior.

Jesus Warned Us About Hell

Jesus said in Luke 12:4-5, “Be not afraid of them that kill the body and after that they have no more they can do. I will forewarn you whom you shall fear. Fear him, which after he has killed, has power to cast into hell. 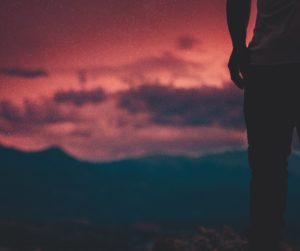 Yeah I say unto you, fear him.” This is a very clear warning that hell is much worse than being killed, and awaits all those who don’t fear God.

When hurricane Ike hit the Texas coast, the headline of a local newspaper and CNN read, “Certain death to those who do not vacate.” You wouldn’t say the writers of that article were mean for issuing that statement, or that they were using scare tactics. You’d be grateful for the warning. In the same way, God is giving us fair warning. You can heed His warnings and live, or ignore them and die.

In Deuteronomy 30:19, God said, “I set before you life and death, blessing and cursing, therefore choose life.” Matthew 23:33 says, “You serpents, you generation of vipers, how can you escape the damnation of hell?” In John 15:6 Jesus said, “If a man abides not in me, just as men gather branches that are withered, they are thrown into the fire and are burned.” Jesus also said in Matthew 25:46, “These shall go into everlasting life and these shall go into everlasting punishment.”

Jesus Tells Us To Warn Others

Jesus just told us there are only two places to go after death and that both are eternal. This is why Paul said in Colossians

1:28, “Christ in you, the hope of glory, whom we preach warning every man.” We’re supposed to warn every man. In 2 Corinthians 5:10-11, Paul said, “Knowing therefore the terror of the Lord, we persuade men.” In other words, when you understand how severe hell is, and God’s judgment, you will be more persuasive with men. You will want to warn them. You know God loves everyone and wants them to go to heaven. Because He loves us, He gives us a free will to choose. Do we believe Jesus is the only way to heaven? Or do we deny His word? Unfortunately, most do.

Most People Are Going To Hell

Let people know how to avoid hell because you care for them, not because you want to scare them. It is their choice to heed the warning.