Why an Eternal Hell Is Justifiable

One question I receive quite often is, “Why does 70 or 80 years of sin in our lives deserve an eternity of punishment in hell? That doesn’t sound reasonable. The crime doesn’t seem to fit the punishment.”

There are several reasons. First, the greater the one sinned against, the graver the sin. In other words, if I lie to you about my age, that would be wrong. But if I lie to the Supreme Court, it would be far worse because of their position. If I punch 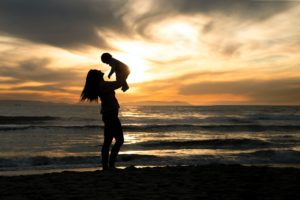 Some people think that time spent in hell should pay for their sin. Time is the wrong premise. Our time is not valuable enough to pay for sin. Only the shed blood of Jesus can do that. It took an eternal God to pay for our eternal sin. In addition, God sent the most precious thing He has, His Son. He was beaten and suffered a horrific death on the cross for our sins, yet many people reject what God values the most. They are in essence saying to God, “I do not value Your Son. He means nothing to me, so don’t bother me with your views.”

Hebrews 10:29 states: “Of how much worse of a punishment do you suppose will he be thought worthy who has trampled underfoot the Son of God?” Romans 1:18 says that there is wrath coming on man for his sin but the good news is in 1 Thessalonians 1:10 it states, “Jesus delivered us from the wrath if we trust in Him.”

There is a court trial coming in heaven at judgment day. God tells us the outcome of the trial ahead of time so that we can prepare and avoid the sentence of death. We won’t have to pay the penalty for our sins because Jesus paid it for us, but only if we have trusted in what He did for us. Jesus said He is the only way of salvation (John 14:6). The wisest man that ever lived was King Solomon, except for Jesus, and he said in Proverbs 27:12, “The prudent man foresees the evil, and hides himself; but the simple pass on, and are punished.”

The question I have for you is, “Will you be the wise man who trusts in Jesus, or the simple one who rejects Him?”

Excerpt from Bill’s book, What Happens When I Die?